Hold fast to the rope of Allah! Chapter 3 Verse 103

A rope is made of many threads twisted together. Each thread strengthens the rope.

Likewise Islam is made of many Beliefs, actions and principles…as guided by Allah(SWT)

As Believers we should all grab hold of this rope, unify by this rope.

Each verse of the Quraan is like a thread. The more we study and implement the verses,

Though there are many divisions in our societies, our similarities far outweigh our differences.

The companions of the Prophet(SAW) came from various different tribes and backgrounds.

They had been all scattered and divided by their differing lineage and customs.

They were on the brink of the fire, when Allah(SWT) sent them His Book through

His final Messenger(SAW), who taught it by word and example. Having a common Book, the Quraan,

Led to common goals and aspirations, uniting the Arabs. Their fragmented tribalism

had become a united ummah, that established common Quraanic goals and aspirations

leading them to become leaders of the world and attracting the Mercy and Blessings of Allah(SWT).

I have been thinking about unity of Muslims in this country. In our South African context,

There is a sure way to unite. There are thousands of people unemployed and thousands

Earning the minimum wage which is barely enough to live honorably. I am convinced,

By experience that if we sincerely strive to uplift the poor, than surely Allah(SWT)

would unite our hearts, as He united the hearts of the companions of the Prophet(SAW).

We all have minor difference which will persist, but we can without doubt unite on

The development of the poor and their societies. This effort of spending our wealth and

With each other leading to a stronger ummah, by the will of Allah(SWT)… 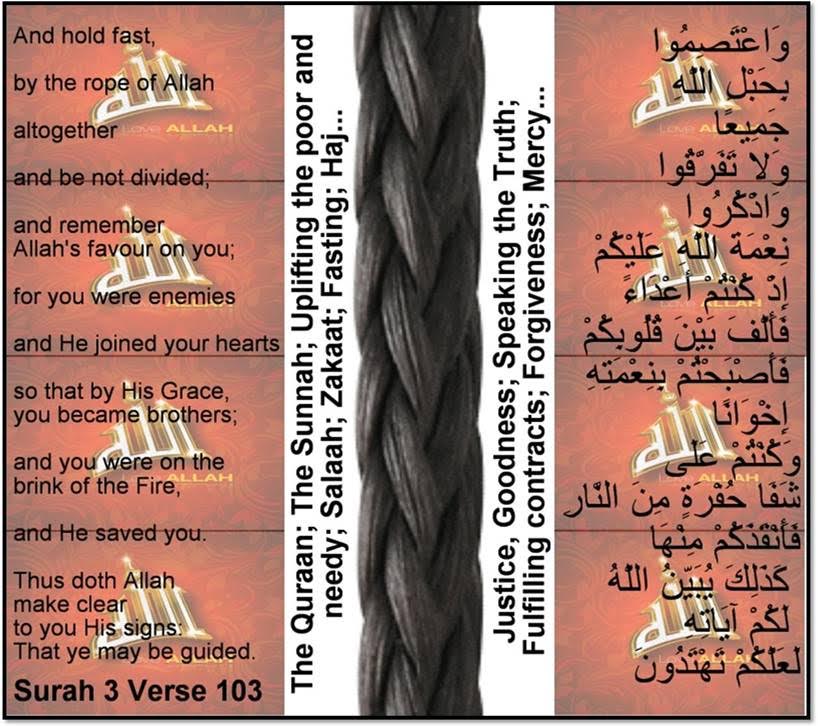 “And be not like a woman who breaks into untwisted strands the yarn which she has spun, after it has become strong. Nor take your oaths to practice deception between yourselves, lest one party should be more numerous than another: for Allah will test you by this; and on the Day of Judgment He will certainly make clear to you (the truth of) that wherein ye disagree.” S16V92

May Allah(SWT), by His Grace and Mercy unite our hearts as He had united the hearts of the companions of the Prophet(SAW)

And May He who has power over everything strengthen the Deen of Islam in our homes, communities, our country and the world,

For without doubt without the Guidance of Allah(SWT) there is only difficulty, hardship and oppression…