Listening is a powerful skill that develops our intellect. Our 2 ears(on board stereo system) are awesome gifts.

And respond or just turn a deaf ear and lead ourselves astray.

These verses refer to the Prophet(SAW) but set the general “listening standard” among Believers till the Day of Judgment.

V20 – Turn not away. When someone is speaking, it is disrespectful to turn away from them.

V22 – The worst creatures are those that don’t listen. Listening develops intellect. Listening to different people talk from different backgrounds

And culture helps broaden our understanding. When we turn a deaf ear, we lose the opportunity to learn and reflect nothing less than arrogance.

V23 – Allah(SWT) has total control over us. If He finds good in us, He would cause us to listen and benefit from the hearing.

V24 – Response is a clear proof of listening. How often we find ourselves listening to great motivation yet we fail to respond, as if we never heard. 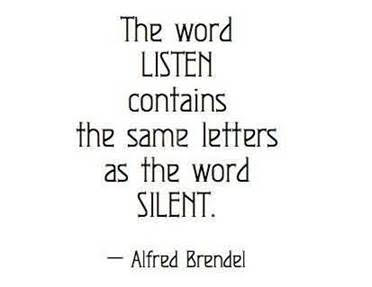 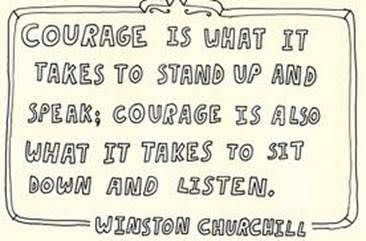 The Human Ear:  Masterpiece of Engineering

Human ears are not much to look at, yet behind these flaps of skin and cartilage lie structures of such delicacy that they shame the most skillful craftsman, and of such reliable automatic operation that they inspire awe in the most ingenious engineer.  Working together, the structure of the outer, middle, and inner ear perform acts of amazing range and virtuosity.

The ear has three main parts: the outer, middle, and inner ear.

The outer ear (all that we normally see) comprises the pinna, i.e., the flap of skin and cartilage leading to a narrow tunnel that terminates in the eardrum.   The middle ear is an air filled cavity with the eardrum on one side and piece of stretched skin known as the oval window on the other side, leading to the inner ear, which contains the organs of hearing and the organ of balance. 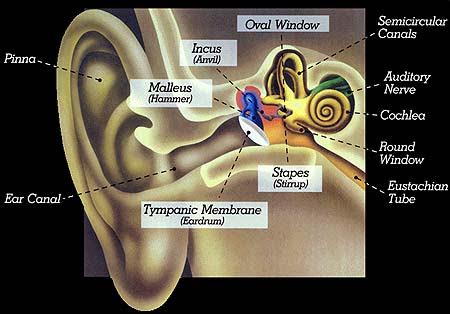 SOUND, NOT WHAT YOU’D THINK

Sound as we all know is really a form of motion.  Invisible sound waves travel through the air and set up corresponding vibrations in the outer ear.  Usually when a sound wave travelling in air reaches a solid or liquid surface, most of it is reflected, and thereby lost, and only a small percentage is transmitted.  But the design of the ear allows this difficulty to be overcome.   As a result, sound is passed from the outside air to the liquid filled inner ear without much loss.  The inner ear is a coiled tube divided in two by a thin tough sheet of tissue called the basdar membrane which when examined under the microscope is seen to carry millions of fibers called hair cells.  The arrival of sound at the oval window causes vibrations in the watery fluid within.   The to and fro movement of the fluid causes waves to travel along the basilar membrane and thereby to the hair cells which are in contact with nerve fibers which eventually form the auditory nerve that carries the message to the brain.  The basilar membranes near the oval window respond to high frequencies and the more distant parts to low frequencies.  The message to the brain is therefore coded, containing information about the pitch of the sound, its loudness and its quality.

The reason we have two ears is because they form a stereo system allowing us to identify the place from which the sound originated and also to identify whether the source is moving.  The processing of sound by the ear and brain is so accurate that clicks presented to one ear and then the other can be distinguished as separate sounds when the time interval between them is as small as thirty microseconds.

YOU COULD HEAR A PINDROP…

The virtuosity of the human hearing is as remarkable as its importance.  A man can hear a mosquito buzzing outside the window even though the power of the sound reaching him is no more than one quadrhhonth of a watt.  If 100 such buzzes (100,000,000,000,000,000) could be combined and converted into electricity, there would be just enough power to light one reading lamp!

The sensitivity of the ear is remarkable.  The movement of the eardrum in response to the minimum audible sound at a frequency of 1000 Hz is about a thousand millionth of a centimeter: considerably less than the diameter of a hydrogen atom.  The movement of the basilar membrane in response to the same sound is about a hundred times smaller – about the diameter of an atomic nucleus!

This represents the ultimate limit of performance.  If the, sensitivity of the ear was further increased, we would be conscious of the continual bombardment of the eardrum by air molecules. Even at the present limit it is surprising that we do not hear our own blood flowing through the tiny vessels in the eardrum.  This is so because the ear can ignore signals which are constantly present.

The ear also displays a judgement of pitch which is unequalled in the animal kingdom, and makes man the most musical of all living animals.  With no musical training, we can distinguish the Note A sounded on the piano from the same note played on a violin.  We can also distinguish the combination of different tones peculiar to each instrument that make up the note.  We can reject the hubbub of a party while picking out a single familiar voice.  Even during sleep the ear continues to function with incredible efficiency: because the brain can interpret and select signals passed to it by the ear, a person can sleep soundly through noisy traffic and the blaring of a neighbor’s television , and yet awaken promptly at the gentle urging of an alarm clock.  A barking dog, a squealing tire, a footstep — can all be identified.   In fact, a normal ear can discriminate among some 400,000 sounds.

ALL THIS AND MORE!

The ears, besides being a high fidelity stereophonic hearing system, are also responsible for keeping the body in balance.  This is done with the help of two systems located within the inner ear.

Of all the organs of the body, few can accomplish as much in so little a space as the ear.  If an engineer could duplicate its functions, he would have to compress into approximately one cubic inch a sound system tht includes an impedance matcher, a wide range mechanical analyser, a mobile relay and amplification unit, a multichannel transducer to convert mechanical energy to electrical energy, a system to maintain a delicate hydraulic balance and an internal two-way communication system.  Even if he could perform this miracle of miniaturization, he would be unable to match the ear’s performance.

Many birds and animals have learned to signal one another by their voices, both for warning and recognition, but we, the humans, with our ears, our mobile tongues and throats, and our large complex brains have learned to speak.  We have learned to be articulate, to attach arbitrary and abstract meaning to sounds, synthesize words, and create a language which we then use as a tool to communicate our experiences of the past and also our ideas and plans for future action.  We now have innumerable languages across the world.  Humans are the only creatures capable of achieving all this.  The great strides we are making in every field are evidence of this fact.   Even with our minimal numbers and our average sizes we dominate the planet earth to the exclusion of all other creatures.

Is there a lesson to be learned from all this?  Is there a purpose?  And if so, what is it?  What is our responsibility?

It seems abundantly clear to me that our main responsibility is to use our ears and eyes and brain to recognize the role of the Almighty God and to understand the purpose of our existence.

Using our God given senses and our unique ability to explore this vast Universe we have learnt a great deal about the physical laws that govern it.  We know that these laws are fixed and consistent; that they apply equally at all points through out the Universe, without differentiation.  This attests to the fact that there is one Creator and His system is unchangeable.  Thus, we can also appreciate the fact that the same rules apply to all creatures, as they are part of the Universe too.